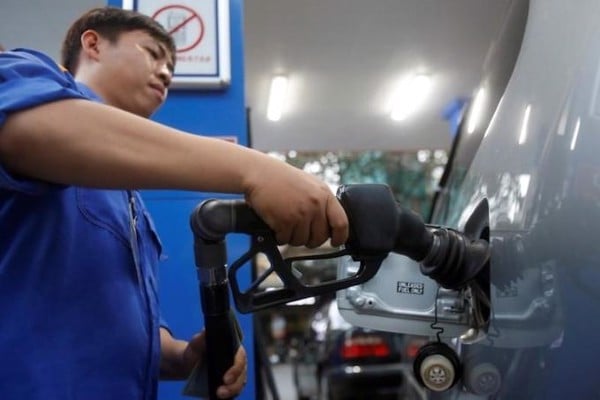 An employee pumps petrol into a car at a petrol station in Hanoi, Vietnam.

Mr. Dung has ordered a proposal to increase environmental tax on petrol and diesel to be removed from next year’s plan.

Earlier this year, the ministry had proposed that the environmental tax on petrol and diesel be increased by 33 percent, or VND4,000 (17 cents) per liter for petrol and VND2,000 per liter for diesel.

The proposed hike, the highest permitted in Vietnam, was met with strong public opposition.

But the ministry had defended its proposal by saying that the tax can bring VND 57.3 trillion ($2.4 billion) each year to state coffers, an annual increase of VND15.7 trillion ($650 million) from current collections.

You have a products in your shopping cart